Home » Health News » Breast cancer cells could be turned into fat to stop them from spreading, says study 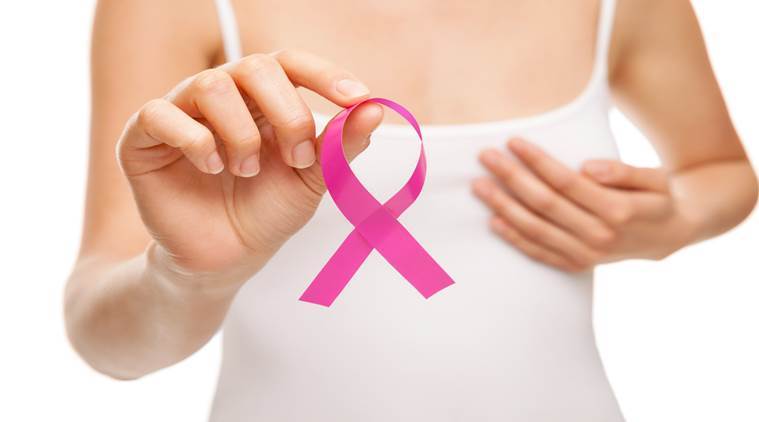 Breast cancer cells could be turned into fat to stop them from spreading, says study

Meanwhile, the team is investigating whether this therapy would work combined with chemotherapy, and whether it would apply to other types of cancers. A scientific breakthrough may give many women suffering from breast cancer a new ray of hope after a group of researchers at the University of Basel in Switzerland said that they have successfully transformed breast cancer cells into fat — “rendering them harmless, and stopping the disease from moving to other parts of the body”.

The researchers took mice implanted with an aggressive form of human breast cancer, and treated them with both a diabetic drug called rosiglitazone and a cancer treatment called trametinib. The team said they exploited a weird pathway that metastasising cancer cells have.

When one cuts their finger, or when a foetus grows organs, the epithelium cells begin to look less like themselves, and more ‘fluid’ – changing into a type of stem cell called a mesenchyme and then reforming into whatever cells the body needs.

This process is called epithelial-mesenchymal transition (EMT) and it’s been known for a while that cancer can use both this and the opposite pathway called MET (mesenchymal-to-epithelial transition), to spread throughout the body and metastasise.

When cancer cells used one of the above-mentioned transition pathways, instead of spreading, they changed from cancer into fat cells – a process called adipogenesis.

“The models used in this study have allowed the evaluation of disseminating cancer cell adipogenesis in the immediate tumour surroundings,” the team wrote in their paper, published in January 2019.

Although not every cancer cell changed into a fat cell, the ones that underwent adipogenesis didn’t change back. The team said that although not every single cancer cell was transformed in the mice, changing a large portion of the tumour into fat left the remaining cancer vulnerable to treatments like chemotherapy.

“The breast cancer cells that underwent an EMT not only differentiated into fat cells, but also completely stopped proliferating,” said senior author Gerhard Christofori, a biochemist at the University of Basel, in Switzerland.

“As far as we can tell from long-term culture experiments, the cancer cells-turned-fat cells remain fat cells and do not revert back to breast cancer cells.”

So how does this work? Well, as a drug trametinib both increases the transition process of cells — such as cancer cells turning into stem cells — and then increases the conversion of those stem cells into fat cells.

Rosiglitazone was less important, but in combination with trametinib, it also helped the stem cells convert into fat cells.

Meanwhile, the team is investigating whether this therapy would work combined with chemotherapy, and whether it would apply to other types of cancers.

“In future, this innovative therapeutic approach could be used in combination with conventional chemotherapy to suppress both primary tumour growth and the formation of deadly metastases,” Christofori explained to the Press Association.

Independence Day 2019: Five activities for kids to celebrate the day