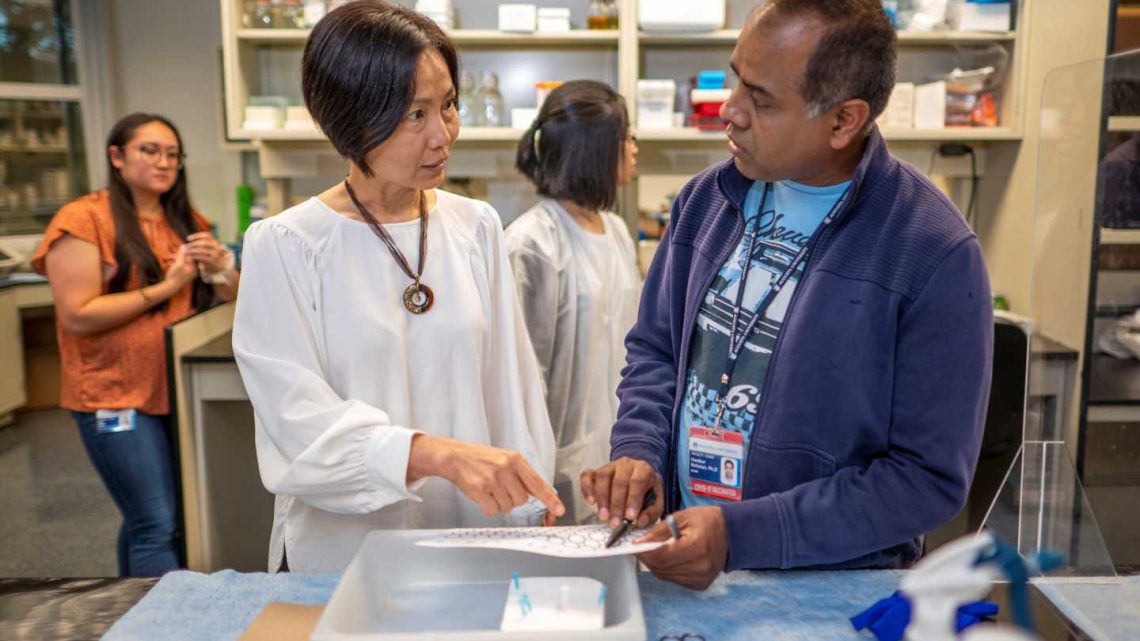 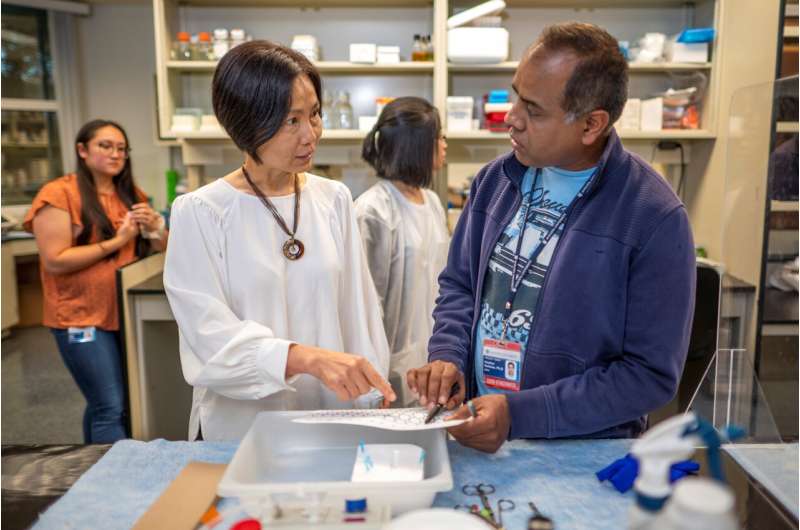 There is new evidence that a 50-year-old blood pressure drug could find new purpose as a treatment to mitigate the often life-altering effects of increasingly prevalent PTSD, scientists say.

Clonidine is commonly used as a high blood pressure medication and for ADHD. It’s also already been studied in PTSD because clonidine works on adrenergic receptors in the brain, likely best known for their role in “fight or flight,” a heightened state of response that helps keep us safe. These receptors are thought to be activated in PTSD and to have a role in consolidating a traumatic memory. Clonidine’s sister drug guanfacine, which also activates these receptors, also has been studied in PTSD. Conflicting results from the clinical trials have clonidine, which has shown promise in PTSD, put aside along with guanfacine, which has not.

Scientists at the Medical College of Georgia at Augusta University say it’s time for another look at clonidine.

They have laboratory evidence that while the two drugs bind to the same receptors, they do different things there, says Qin Wang, MD, Ph.D., neuropharmacologist and founding director of the Program for Alzheimer’s Therapeutics Discovery at MCG.

Their results published in the journal Molecular Psychiatry suggest that clonidine could provide immediate treatment to the significant number of people emerging from the current pandemic with PTSD, as well as from longer-established causes like wars and other violence.

Large-scale clinical trials of clonidine in PTSD are warranted, the scientists write. Their studies also indicate that other new therapies could be identified by looking at the impact on activation of a key protein called cofilin by existing drugs.

The new studies looked in genetically modified mice as well as neurons that came from human stem cells, which have the capacity to make many cell types.

In the hippocampus, the center of learning and memory, they found that a novel axis on an adrenergic receptor called ɑ2A is essential to maintaining fear memories in which you associate a place or situation, like the site of a horrific car accident or school shooting, with fear or other distressing emotions that are hallmarks of PTSD.

In this axis, they found the protein spinophilin interacts with cofilin, which is known to control protrusions on the synapses of neurons called dendritic spines, where memories are consolidated and stored.

A single neuron can have hundreds of these spines which change shape based on brain activity and whose changing impacts the strength of the synapse, the juncture between two neurons where they swap information.

“Normally whenever there is a stimulation, good or bad, in order to memorize it, you have to go through a process in which the spines store the information and get bigger,” Wang says, morphing from a slender profile to a more mushroom-like shape.

“The mushroom spine is very important for your memory formation,” says corresponding author Wang, Georgia Research Alliance Eminent Scholar in Neuropharmacology. For these mushroom shapes to happen, levels of cofilin must be significantly reduced in the synapse where the spines reside. That is where clonidine comes in.

The scientists found clonidine interferes with cofilin’s exit by encouraging it to interact with the receptor which consequently interferes with the dendritic spine’s ability to resume a mushroom shape and retain the memory. Guanfacine, on the other hand, had no effect on this key player cofilin.

The findings help clarify the disparate results in the clinical trials of these two similar drugs, Wang says. In fact, when mice got both drugs, the guanfacine appeared to lessen the impact of clonidine in the essential step of reconsolidating—and so sustaining—a traumatic memory, indicating their polar-opposite impact at least on this biological function, Wang says.

There was also living evidence. In their studies that mimicked how PTSD happens, mice were given a mild shock then treated with clonidine right after they were returned to the place where they received the shock and should be recalling what happened earlier. Clonidine-treated mice had a significantly reduced response, like freezing in their tracks, compared to untreated mice when brought back to the scene. In fact, their response was more like the mice who were never shocked. Guanfacine had no effect on freezing behavior.

Obviously, Wang says, they cannot know for certain how much the mice remember of what previously happened, but clearly those treated with clonidine did not have the same overt reaction as untreated mice or those receiving guanfacine.

“The interpretation is that they don’t have as strong a memory,” she says, noting that the goal is not to erase memories like those of wartime, rather diminish their disruption in a soldier’s life.

When a memory is recalled, like when you return to an intersection where you were involved in a horrific car wreck, the synapses that hold the memory of what happened there become temporarily unstable, or labile, before the memory restabilizes, or reconsolidates. This natural dynamic provides an opportunity to intervene in reconsolidation and so at least diminish the strength of a bad memory, Wang says. Clonidine appears to be one way to do that.

Adrenergic drugs like clonidine bind to receptors in the central nervous system to reduce blood levels of the stress hormones you produce like epinephrine (adrenaline) and norepinephrine, which do things like increase blood pressure and heart rate.

Studies like one that came out 15 years ago, which only looked at guanfacine, indicated it was of no benefit in PTSD. But then in 2021, a retrospective look at a cohort of 79 veterans with PTSD treated with clonidine, for example, indicated 72% experienced improvement and 49% were much improved or very much improved with minimal side effects.

Previous basic science studies also have indicated that manipulating the adrenergic receptor can impact fear memory formation and memory, but how has remained unknown.

PTSD has emerged as a major neuropsychiatric component of the COVID-19 pandemic, affecting about 30% of survivors, a similar percentage of the health care workers who care for them and an estimated 20% of the total population, Wang says, which means the impact on human health and health care systems could be “profound.”

Psychotherapy is generally considered the most effective treatment for PTSD, and some medications, like antidepressants, can also be used, but there are limited drug options, which include only two drugs which have Food and Drug Administration approval specifically for the condition, she says. The lack of approved drugs has led to off-label uses of drugs like clonidine.

Cofilin is a key element in helping muscle cells and other cell types contract as well as the flexibility of the cytoskeleton of the dendritic spine. A single neuron can have thousands of dendritic spines which change shape based on brain activity and whose changing shape impacts the strength of the synapse.

The U.S. Department of Veterans Affairs defines post-traumatic stress disorder as a mental health problem that some people develop after experiencing or witnessing a life-threatening or traumatic event. While problems like feeling on edge, trouble sleeping and/or nightmares may last a few weeks or more after the event, if symptoms like these as well as flashbacks and increasingly negative thoughts continue, it’s likely PTSD. Sometimes symptoms don’t surface until months after the initial event.