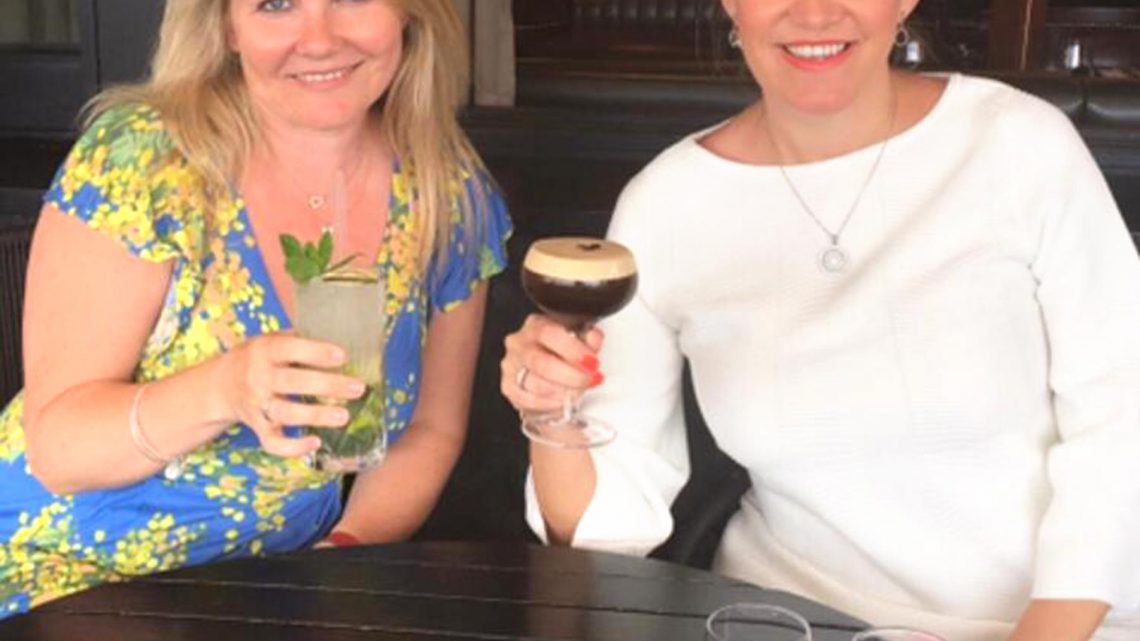 A facial and massage is part of Jayne Hobbs monthly self-care routine, and a recent appointment may have just saved her life.

The 44-year-old mother of three thought she knew “lots” about skin cancer, but when she went on vacation to France last summer and noticed a darkening mole, she brushed it off as a result of all the time she’d been spending in the sun.

Fast forward to October, when her beautician and childhood schoolmate Erika Hodgkiss got a look at the mark on her chest and warned Hobbs that changing moles are something to take very seriously.

After noticing the mole, which “had gotten a lot darker in color,” Hodgkiss tells PEOPLE, she whipped out her iPhone and began taking pictures so she could zoom in. Her conclusion? Hobbs needed to see her doctor.

“She said she knew because she’d taken this course,” Hobbs adds to PEOPLE.

The course, called MASCED, which stands for melanoma and skin cancer early detection, was started by UK nonprofit Skcin. It teaches hair, health and beauty industry professionals to identify early signs of the potentially deadly disease. The logic behind the program is that their clients often see them more than their doctors.

So Hobbs, who lives in Kent, south of London, booked an appointment with her GP for the next day. She was referred to a specialist, and by early November she’d had the mole and some of the tissue around it removed in a “super easy 15-minute procedure,” Hobbs explains. They also sent out the sample for a biopsy — just a precaution, she was told.

RELATED: Marc Anthony’s Ex Dayanara Torres Reveals She Has Cancer: ‘I Have Put Everything in God’s Hands’

A week later, she returned to the doctor for her wound check, and things got much harder.

“I asked the nurse the results of the test, and she said she couldn’t tell me,” Hobbs recalls. “Then, my surgeon came into the room and asked me if I’d like to sit down. I immediately thought, ‘Well, that’s not good.’ “

Sure enough, as Hodgkiss had worried, Hobbs was diagnosed with melanoma in situ, an early stage of the deadliest form of skin cancer.

“I was quite upset,” she says, revisiting that day in mid-November. Even though, “he said, ‘It’s okay, we’ve got it early. This is good news,’ … it’s really emotional,” Hobbs continues. “You feel like you’ve dodged a bit of bullet.”

She underwent another, longer operation two weeks later, and doctors told her afterward that she was in the clear. But she still attends “mole mapping” appointments every six months.

“They said they got it, it’s gone and never coming back in that area,” Hobbs recalls, adding that her scar is only an inch and becomes less noticeable every day.

Hobbs is one of four women whom Hodgkiss, 44, has advised to see a doctor and ended up finding early stages of melanoma.

She says she was inspired to pursue more education because she’d started noticing “lots of different lesions of skin on my clients’ faces and wanted to broaden my knowledge of skin.”

“When the course came out,” which took her about two hours to complete in the comfort of her own home, “I thought it was a brilliant idea,” she says.

Hodgkiss estimates that after taking the course in the spring, some three-fourths of her patients will ask her to check out a mole or other skin abnormality. Only 5 percent of the time, she guesses, does it seem like something to worry about. When checking out her patients, she’s especially wary of the soles of feet, between toes and under nails, all problem areas that people often ignore, she explains.

Hodgkiss wants to spread the word about skin cancer education for other health and beauty professionals, like nail technicians, osteopaths and hair dressers — but Hobbs is just grateful the program exists.

“She saved four people, and that’s just her,” Hobbs stresses. “Never mind all the others who’ve taken the course.”

According to the Centers for Disease Control and Prevention, skin cancer is the most common type of cancer in the U.S., and it’s been on the rise year over year. The good news? Knowing the signs makes it easy to spot early, according to the American Cancer Society.

To identify melanoma, follow the “ABCD” rule when examining spots on the skin: look for “asymmetry,” irregular “borders,” uneven “coloring” (including patches of pink, red, white or blue), a “diameter” larger than a quarter inch, and an “evolving” or changing appearance.

For other types of skin cancer, such as basil cell carcinomas, be aware of: flat, firm, pale or yellow areas; raised reddish patches that might be itchy; pearly bumps; pink growths with raised edges; open sores that don’t heal or heal and return; wart-like growths; and any new spots.

See a doctor as soon as possible after discovering any of these symptoms.