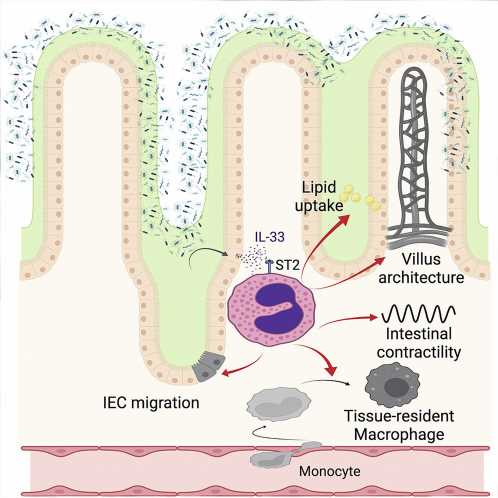 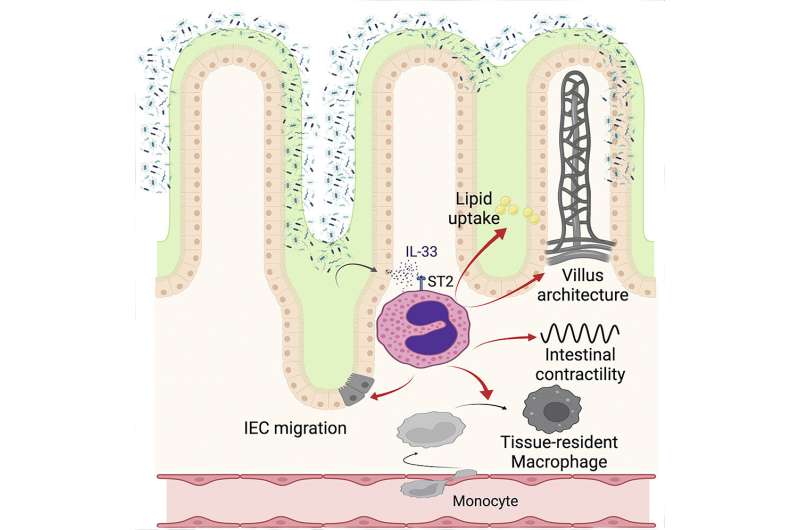 A Monash University collaboration has found that eosinophils, a type of white blood cell commonly associated with asthma and allergy, play an important role in maintaining a healthy gut.

Professor Nicola Harris, from Monash’s Central Clinical School, made the surprising discovery working with study co-lead, Professor Kathy McCoy from the University of Calgary, and scientists from Switzerland. Their paper was published in Immunity this week.

“The study showed a critical role for eosinophils in facilitating mutualistic interactions between host and microbiota, the millions of bacteria in the gut,” Professor Harris said. “It turns our views of eosinophil function on its head and will no doubt spur a lot more research into these relatively rare cells,” she said.

Eosinophils make up about 1–2% of circulating white blood cells in healthy people in developed countries but are present in increased numbers in people who are severely allergic. “They play a tissue-destructive, pathological role in these allergies, they’re the bad guys,” Professor Harris said.

Around 10–15 years ago scientists realized that eosinophils accounted for 10–30% of white blood cells in the gastrointestinal tract and asked why. The answer has remained a mystery, Professor Harris said. “We set out to answer why these supposedly tissue-destructive cells were sitting in the gut.”

The scientists investigated the possible role of eosinophils in the main functions of the small intestine using germ-free animal models and advanced 3D microscopy. They found that eosinophils coordinated the gut’s response to bacteria.

“They were limiting overt inflammation and by doing that they were limiting tissue damage,” Professor Harris said. “The most important factor of this damage is the length of the villi, the finger-like projections that come up from the wall of the intestine, which absorb nutrients.

“We found eosinophils kept those villi intact and without them the villi became much shorter and lipid uptake was reduced.

“So, they were helping to maintain this absorptive area that allowed extraction of nutrients from the diet at a proper level.”

The study also found that gut motility was dysregulated in the absence of eosinophils and that they could impact the structure of tissue.

HIMSSCast: Health IT investing and the M&A landscape