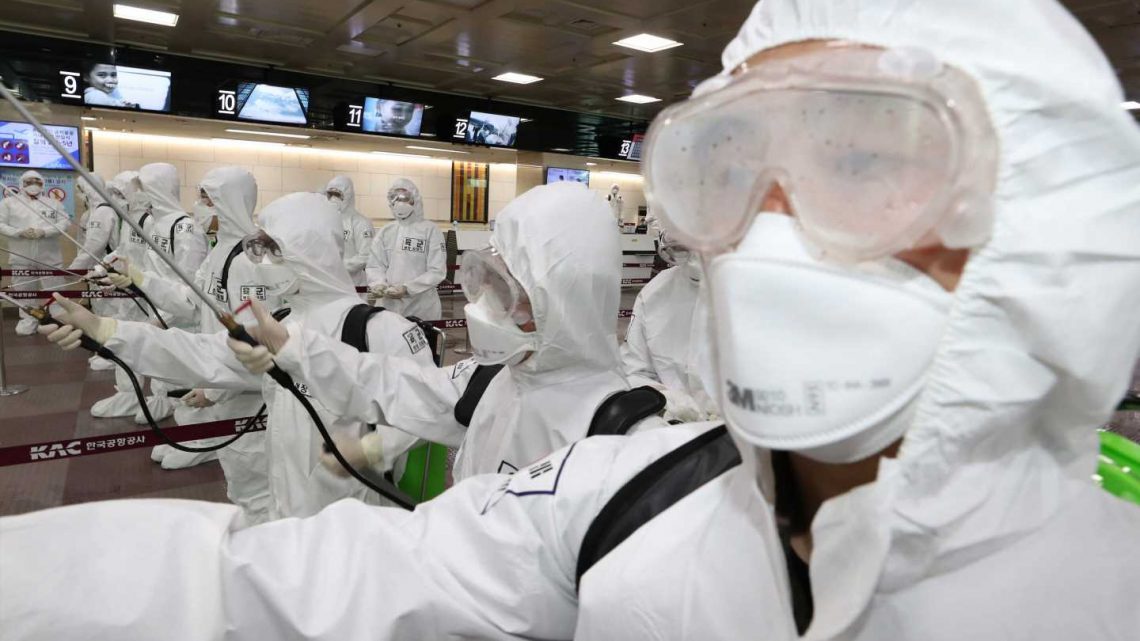 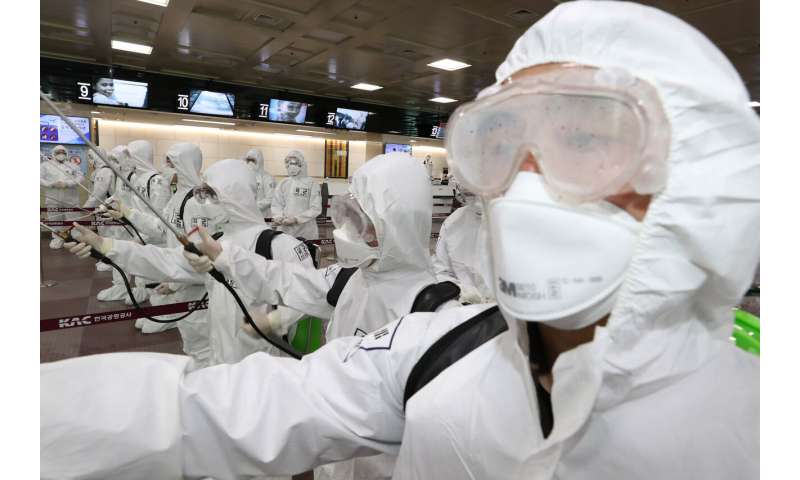 The number of people infected with the new virus charged toward 100,000 Friday, with the global scare upending routines, threatening livelihoods and prompting quarantines in its spread.

Asian shares were down following a rough day on Wall Street and the consequences of COVID-19, the disease caused by the virus, were becoming clear to people around the world. Halted travel and a broader economic downturn linked to the outbreak threatened to hit already-struggling communities for months to come.

“Who is going to feed their families?” asked Elias al-Arja, the head of a hotel owners’ union in Bethlehem in the Israeli-occupied West Bank, where tourists have been banned and the storied Church of the Nativity shuttered.

The head of the U.N.’s food agency, the World Food Program, warned of the potential of “absolute devastation” as the outbreak’s effects ripple through Africa and the Middle East.

Across the West, there was a sense of déjà vu as the virus’ spread prompted scenes that already played out in Asia, with workers foregoing offices, vigorous sanitizing in public places and runs on household basics. Even the spectacle of a cruise ship ordered to stay at sea off the California coast over virus fears replicated ones weeks ago on the other side of the globe. 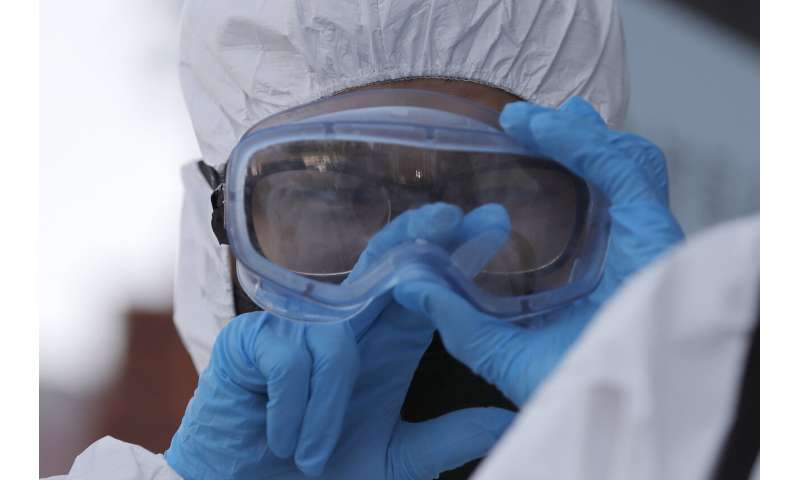 “The Western world is now following some of China’s playbook,” said Chris Beauchamp, a market analyst at the financial firm IG.

Signs of the virus’ shift away from its origins in China were becoming clearer each day.

China reported 143 new cases Friday, the same as a day earlier and about one-third what the country was seeing a week ago. Just a month ago, China was reporting several thousand new cases a day, outnumbering infections elsewhere in the world about 120 to 1. The problem has now flipped, with the outbreak moving to Europe—where Italy, Germany and France had the most cases—and beyond.

The second hardest-hit country, South Korea, was also registering a notable decline in new infections and the World Health Organization’s leader said he was seeing “encouraging signs” there.

South Korea reported 505 additional cases Friday, down from a high of 851 on Tuesday. The country has touted its “remarkable diagnostic and treatment abilities” but its vice health minister, Kim Gang-lip, said, “It’s not easy to make predictions about how the situation … would play out.” 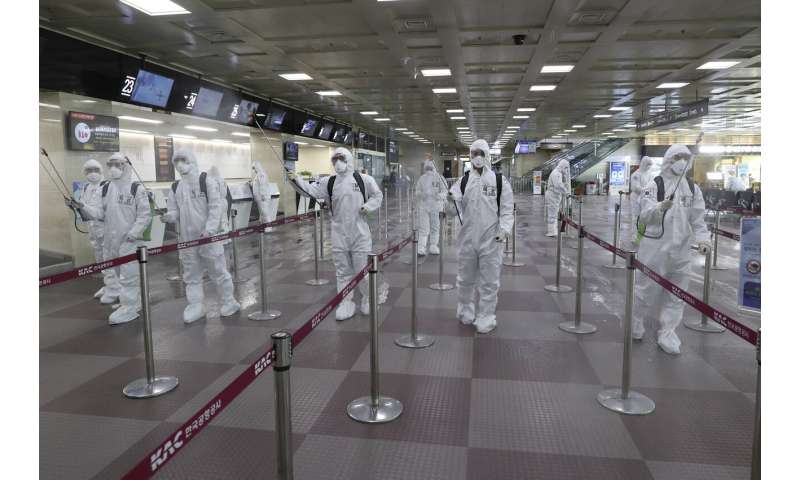 Cases were increasing in Germany and France, but Italy remained the center of Europe’s outbreak, particularly in its north. The country has had 148 fatalities, making it the deadliest site for the virus outside China.

The Italian government restricted visits to nursing homes and assisted living facilities to protect older people who have been more vulnerable to succumbing to COVID-19. But with schools closed nationwide, many grandparents were called to duty as last-minute babysitters anyway.

The Vatican said it was working with Italian authorities to keep the coronavirus from spreading in its tiny city-state, with a suspension of Pope Francis’ weekly audiences seen likely.

Iran’s government planned to set up checkpoints to limit travel and urged people to stop using paper money as the country has counted more than 3,500 cases and at least 107 deaths. 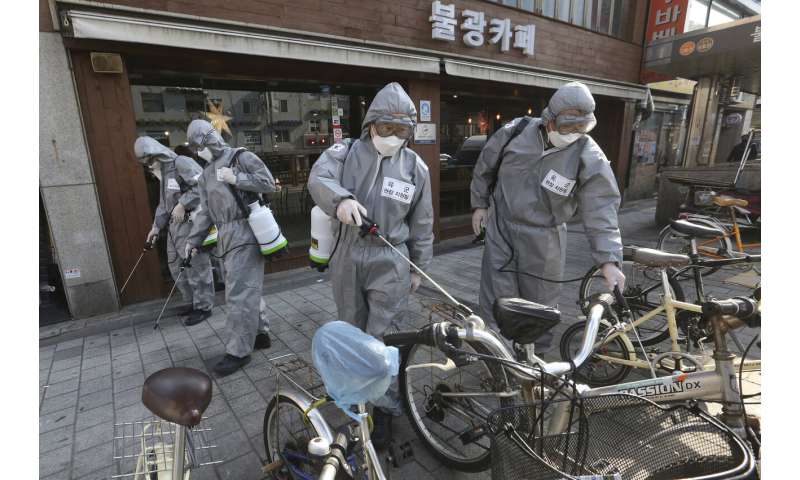 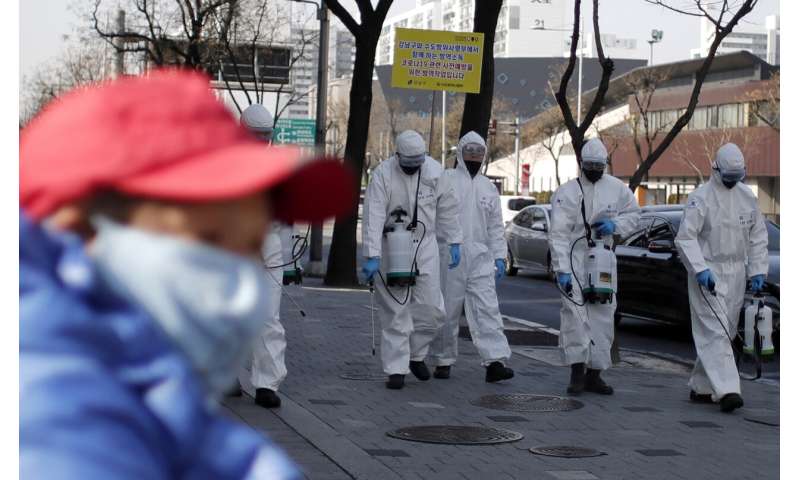 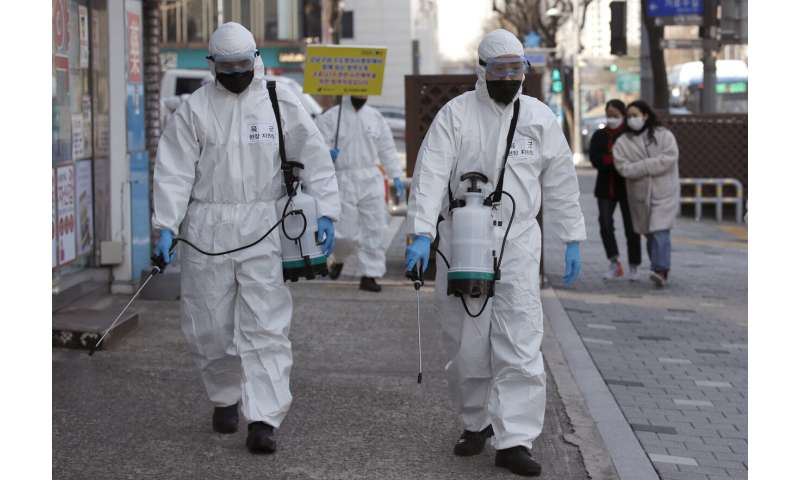 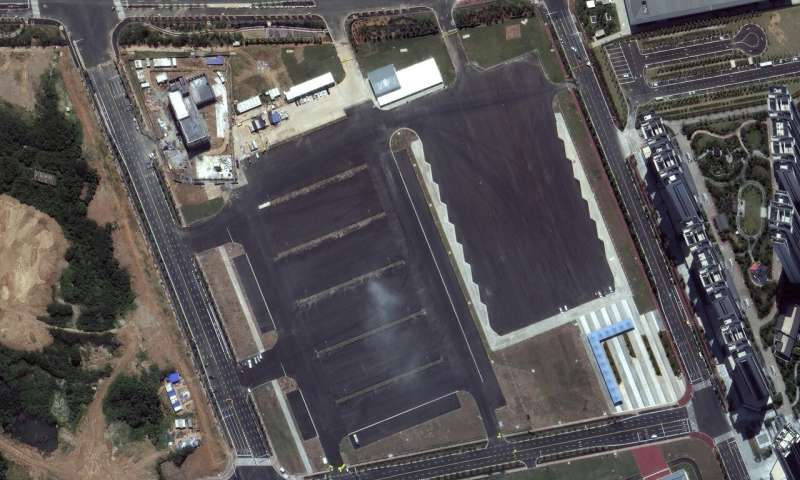 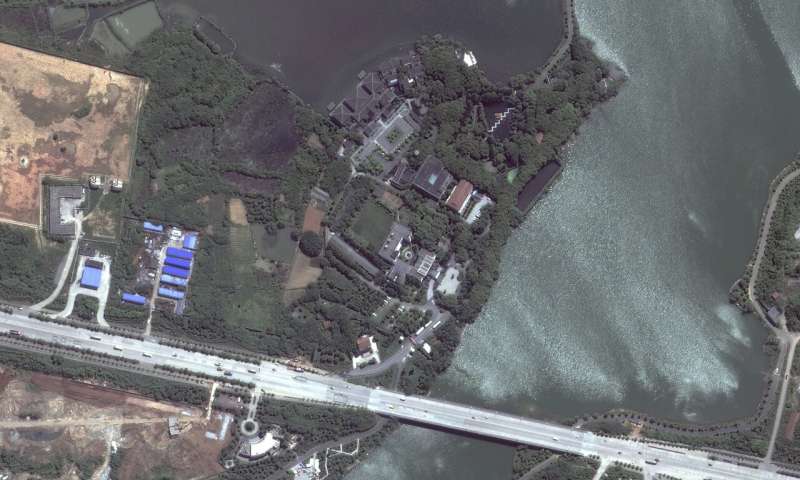 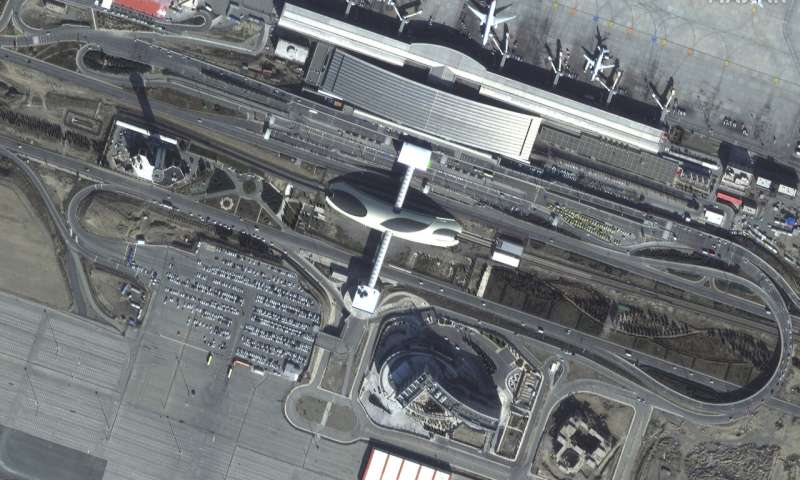 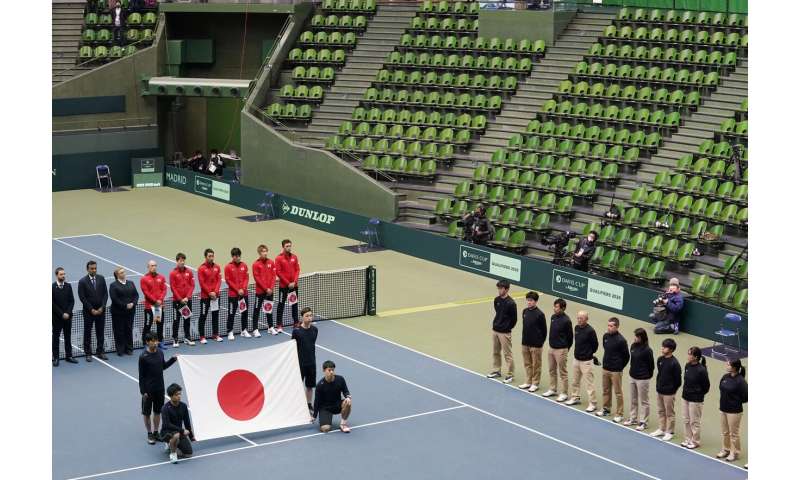 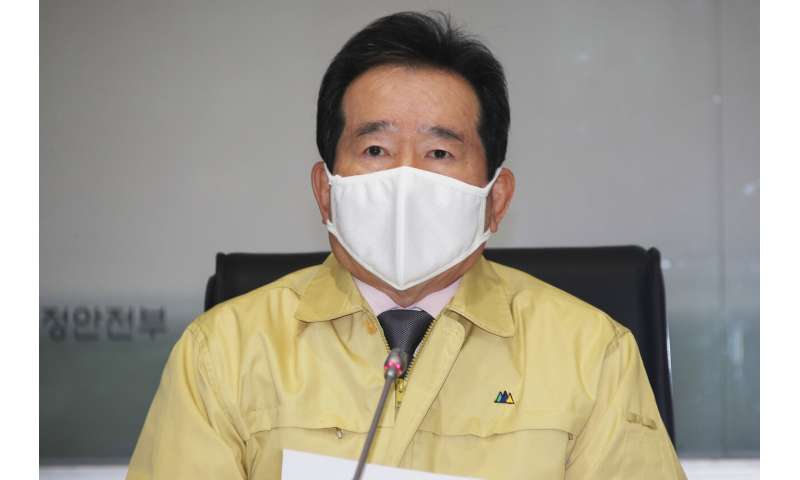 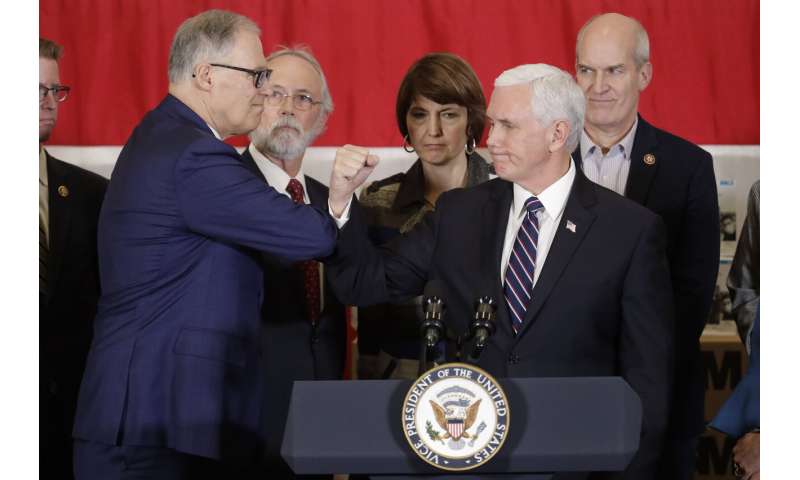 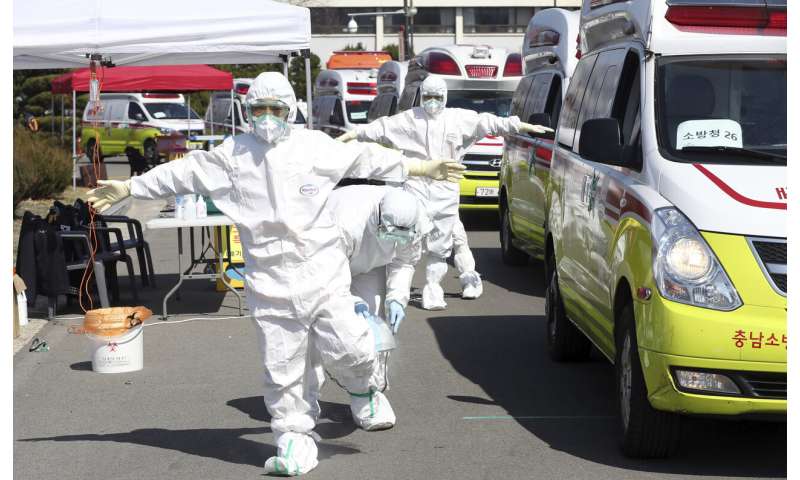 And in the United States, more than 230 cases were stirring anxiety around the country, nowhere more than its northwestern corner in Washington state, where officials are so concerned about having space to care for the sick they were expected to close a $4 million deal Friday to take over a roadside motel.

The plan to turn the 84-room EconoLodge into a quarantine facility was not sitting well with everyone, including the police chief in the town where it’s located, who called it “ill-advised and dangerous” and warned security would be needed to keep people from leaving the hotel and infecting others.

To the south, on the Pacific coast, California National Guard paratroopers were hoisted down from a military helicopter to deliver virus test kits to the bow of the Grand Princess cruise ship.

The vessel, with 3,500 aboard, was ordered to stay at sea after a traveler from its previous voyage died of the coronavirus and at least four others were infected. The cruise line said samples were collected from 45 passengers and crew members and results were expected later Friday.