Home » Health News » ADHD symptoms in adults: Most common ADHD traits explained – and how they differ for women 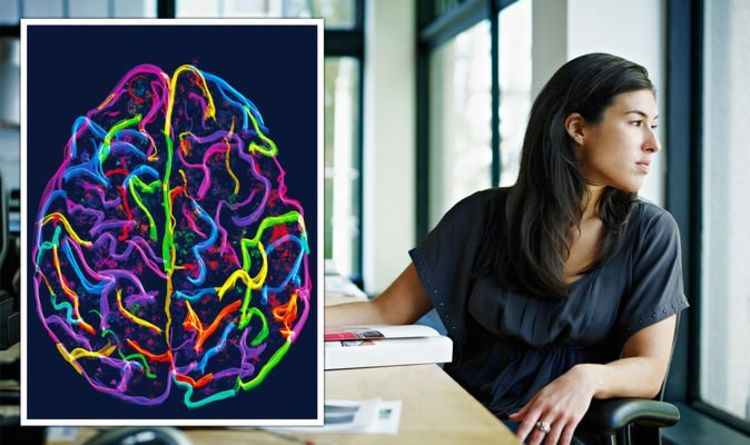 ADHD symptoms in adults: Most common ADHD traits explained – and how they differ for women

ADHD is a neuro-developmental condition, meaning it develops as your brain does. But just because ADHD may have not been spotted in childhood, doesn’t mean it isn’t there. Many adults are getting diagnosed with ADHD later in life, due to either not knowing the symptoms, or their symptoms being written off as “disruptive behaviour”, or the unhelpful stereotype of ADHD being a condition exclusively affecting young boys. These are the symptoms of ADHD in adults explained.

ADHD has received a lot more attention in recent years, with many more people learning about the condition online as others share their experiences with ADHD in a bid to rid the condition of its stigma.

However, there is a lot of confusion about the symptoms of ADHD, with many focusing on the hyperactivity aspect of the condition’s name, but this is often not present for adults or women.

Some people may even experience ADHD traits for years, and only later in life discover these are symptoms of the condition, because there is not much education around the more subtle signs of ADHD.

After spending years with undiagnosed ADHD, a diagnosis can come as a relief, as that person can finally access treatment for their symptoms, but for some can also cause remorse as they recognise the impact the condition had on them.

“It is, however, not only a less common symptom in women with ADHD but also in adults with ADHD.”

Failing to connect the symptoms of ADHD can even lead to people, especially women, with the condition believing they have a mental health issue, Dr Jeczmien said.

“Often, when these women eventually seek help, their experience with depression or anxiety becomes the focal point of their diagnosis, which in some cases can mean their ADHD slips under the radar yet again.”

So, what are some of the most common symptoms of ADHD in adults?

The NHS said: “In adults, the symptoms of ADHD are more difficult to define. This is largely due to a lack of research into adults with ADHD.

“As ADHD is a developmental disorder, it’s believed it cannot develop in adults without it first appearing during childhood.

“But symptoms of ADHD in children and teenagers often continue into adulthood.”

Therefore for people who are only assessed and diagnosed with ADHD later in life, their symptoms may present differently to those children experience.

The NHS listed these symptoms associated with ADHD in adults:

Dr Jeczmien said: “The most common core symptoms found in adults are difficulties with concentration, hyper-focus, and hyperactivity of sorts.

“These symptoms, of course, are not applicable to all, and can look very different depending on the individual.

“Adults are more prone to feelings of inner restlessness like boredom, impatience and constantly craving excitement or stimulation.

For these adults, there may or may have not been symptoms of ADHD when they were children.

The difficulty with identifying ADHD symptoms retrospectively is that social influences can make people mask their symptoms, especially more subtle ones.

Gender plays a role in the social influence on ADHD diagnosis too, as women are far less likely to be diagnosed with ADHD when they’re younger.

Dr Jeczimien said: “Many women with ADHD get overlooked until later in life when they start to struggle to make sense of the difficulties they’ve been encountering.

“Often, women can “cover-up” their symptoms throughout life, and it’s only later in life when responsibilities build up that it can become much more of a challenge to manage their ADHD.”

Speak to your GP if you think you might have ADHD and are seeking a diagnosis.

They will then discuss your symptoms with you before referring you to a specialist if they think it is possible you have the condition.

Pembro+Chemo as First-Line Standard of Care for Esophageal Cancer