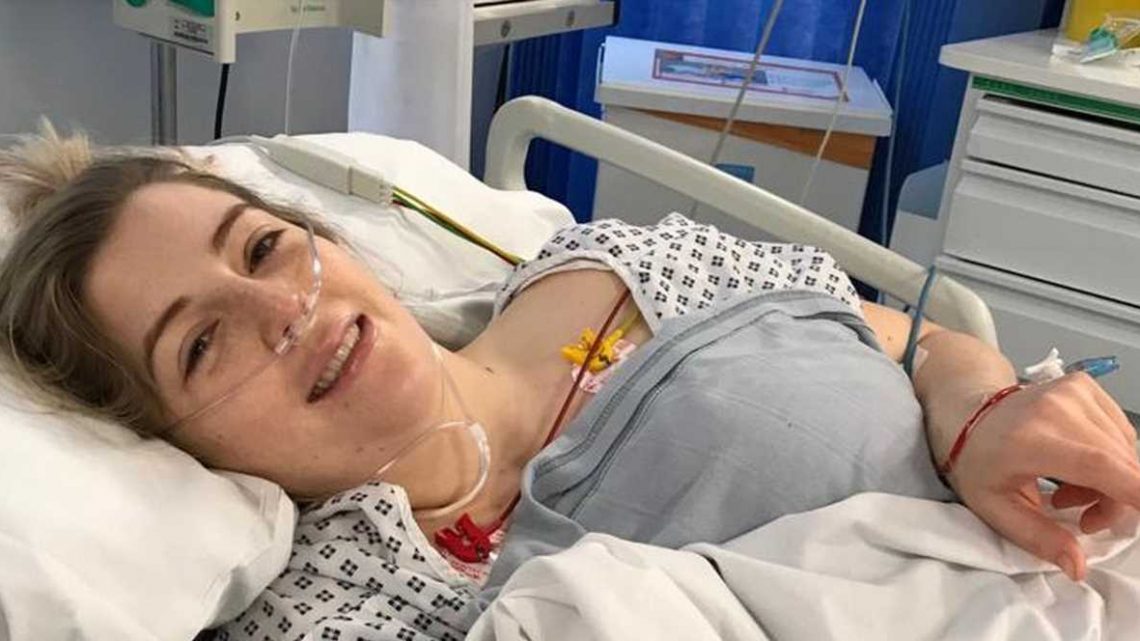 Cracking your neck seems pretty harmless—but for one U.K. woman, it caused a stroke that left her partially paralyzed.

Natalie Kunicki, who works as a paramedic for London Ambulance Service, was watching movies in bed with a friend after a night out on March 4, when she stretched her neck and heard a loud cracking sound, according to the Daily Mail.

At first, the 23-year-old didn’t think much of the noise, but when she got up to use the bathroom 15 minutes later, she collapsed and wasn’t able to move her leg. “My friend had to come and pick me up,” she said. “He thought I was drunk but I knew something else was wrong,” she said. (At first, Kunicki thought she had been drugged.)

Kunicki put off calling 999 (Britain’s version of 911) for 10 minutes because she didn’t want her coworkers to show up and find her “tipsy.” “I thought it was too unlikely it would be a stroke when I should have known much better,” she said. Kunicki tried to fall asleep but eventually decided to call for help.

She was taken to the hospital in an ambulance and realized something was seriously wrong en route: her coordination was off and her heart rate and blood pressure were “sky high.”

Doctors eventually discovered that she had burst her vertebral artery, a major artery in her neck. That rupture caused a blood clot to form in her brain, which then triggered a stroke, per the Daily Mail. “The doctors told me later that just that stretching of my neck had caused my vertebral artery to rupture,” she said. “It was just spontaneous and there’s a one in a million chance of it happening.”

Kunicki immediately underwent surgery, which lasted three hours, and while doctors were able to repair her artery, they couldn’t clear the clot in her brain (though they say it will dissolve in time).

The stroke left Kunicki’s left side almost completey paralyzed, per the Daily Mail. “At the start, I couldn’t move my thumb and forefinger,” she said. “I could kind of move my wrist up and down. I couldn’t lift my arm. I could bend my left leg but I couldn’t wiggle my toes.”

Kunicki’s slowly getting her mobility back and she can walk, but not for more than five minutes. Her doctors aren’t sure if and when she’ll ever make a full recovery. “I’m really clumsy. I can’t do up buttons, I find it too difficult. I can feel hot and cold now but I still feel a bit numb,” she said. “People need to know that even if you’re young something this simple can cause a stroke. I wasn’t even trying to crack my neck. I just moved and it happened.”

To help Natalie with her medical bills, visit her GoFundMe page made by her family.