Home » Family Health » Let's talk about sex: how to advise your children on consent 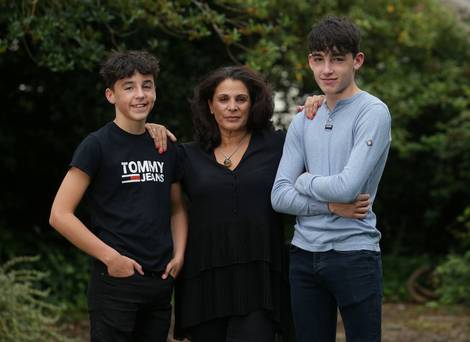 Let's talk about sex: how to advise your children on consent

We live in a culture where sex is used to sell everything from cars to clothing to cat food. But sex can be far more complicated – and sexual consent even more so.

The term ‘consent’ is often misinterpreted, with many remaining confused around its meaning, especially young people navigating the perilous adolescent waters. Add a social media landscape where sexual messages and imagery are readily accessible and the confusion gets amplified.

The #MeToo movement has also meant the debate about how to handle consent has become louder than ever. As parents, we may be reluctant to broach the topic with our kids and if we do, it’s often under the guise of its potential risks, addressing only the legal and medical ramifications. But doubling down on warnings is not necessarily the way forward.

Too often our conversations with young people are directed at a laundry list of don’ts and what constitutes acquiescence – in other words, the legal script – without addressing a partner’s desire, communication, decision-making and respect for ourselves and others, all of which can be developed from a young age.

“We live in a very sexualised society and parents are faced with the challenge of preparing their children to be well in this society,” says Moira Germaine, Education and Training Manager for the Sexual Health and Crisis Pregnancy programme at the HSE. She believes it begins with open conversations from a young age, talking to your children about rights and responsibilities, boundaries, body ownership and giving them the opportunity to say how they want or don’t want to be touched.

“Consent is not just about a yes or a no, but about connection. There has to be some level of empathy, even in a short-term encounter and the onus is on everyone involved to pay attention to their partner and themselves.” Children who are confident in their body knowledge from a young age may be better equipped to notice when something is awry, and those who learn to respect other people’s boundaries and develop empathy are less likely to cross another person’s boundaries.

According to Inti Chavez Perez, sex educator and author of Respect – Everything A Guy Needs To Know About Sex, Love And Consent, consent should focus on the existence of a yes – “yes I want this. I want it now and I want it with you” and involves reading the “yes signals” that denote desire.

“Consent exists in any well functioning relationship,” explains Chavez Perez. “Even when you are hanging out with your friends, that interaction is probably full of consent. You have to take an active part in the communication to get that person’s approval and respect that person’s subjective interpretation of the situation. Respectful consent goes further than the law.”

“Boys talk a lot about sex, but it’s often empty talk, like boasting or lying; they are thirsty for meaningful conversations that they don’t get from their peers,” he says.

Psychotherapist and author Siobhan Murray is mum to Charlie (13) and Sean (14) and agrees peer pressure is a difficult area to manage as a parent. While she’s always had a very open relationship with her boys, there is no denying the power of a peer group.

“Nowadays, having a kiss is referred to as having a ‘meet’ and to make matters worse, a lot of it is videoed on their phones as proof you’ve had ‘the meet’; it’s how Charlie had his first kiss,” she explains.

A recent incident at school involving graphic sexual images being passed around on a phone spurred Siobhan to have some deeper conversations with the two boys.

“I haven’t necessarily sat down and had ‘the chat’,” she says. “I think it’s better to have those conversations when you’re not eye-balling them across a table. But I talk to them regularly about respecting their own bodies and other people’s. They are going to see pornography – as a parent you cannot police everything – but thankfully, they know a lot of what they’re seeing is unrealistic.”

Siobhan also keeps in close contact with the school and other parents. As both boys have girlfriends, she has broached the topic of consent and the consequences of having sex.

“I’ll admit to doing a bit of scaremongering,” she laughs. “But I want them to know the consequences: that if they have underage sex, they are committing a criminal act and there is the danger of getting someone pregnant and what it might be like to be a teenage dad. But it’s as much about understanding why they want to take the next step and if peer pressure is the only reason, then that’s not valuing their own body and it becomes casual and meaningless.”

As a mother to five boys, ranging from 17 to five, Sarah Brennan is well versed in the challenges of raising boys. There has been no ‘formal chat’, but lots of discussions as and when they’ve appropriately arisen. “Our 17-year-old was aware of the Belfast rape trial and it gave us an opportunity to discuss the topic of consent.

“Similarly, my 14 and 17-year-old had heard of the Lucan case involving the two boys and that young girl. It allowed us to open the discussion about underage sex and rape, and when a girl says no, it means no, but that sometimes a girl can say yes and not really mean it and the consequences of that.

“It even applies to our five-year-old. All the kids love hugging him, but I’ve had to tell them that sometimes he doesn’t want to be hugged and that they need to respect that.”

Everyday scenarios – news stories, things that are happening in school or with friends – are great tools for teaching our children incrementally and organically. The flood of media around the #MeToo movement made it easier for Eleanor Harpur to broach the topic with her teenage son and daughter.

“It was important for us to make a clear difference between unwanted flirtation and sexual consent. I think the ‘line’ is different for everyone and boys and guys shouldn’t be afraid to flirt for fear of being branded a ‘predator’. It’s tricky territory for a teenager to understand until they’ve had their own relationships, but being open at home will hopefully lead to an environment where he always feels safe and confident to discuss anything around sex or consent.”

According to Chavez Perez and Germaine, it all begins at home.

“Consent can be demonstrated with toddlers in the right to say yes and no to how they are being touched, to sharing photos on social media for older children, getting or giving consent in everyday situations, modelling respectful relationships within families, promoting empathy etc,” says Germaine.

And sometimes, parents need to be pro-active. “Don’t wait for your child to ask the important questions, sometimes they won’t.”

“You see those shiny rules you have?” says Chavez Perez. “Well, your child is going to have to break them in order to establish their identity. When they do, we need to be the ones to repair the relationship. Our role as parents is to show support and make our teenagers trust us enough that they can turn to us when things go wrong.”

We are all in the business of rearing well-adjusted, respectful adults and so, our conversations must reflect sex as part of healthy development, and not just for our teenage sons but our daughters too.

Hit Up This City for Your Next Family Vacation
Health News