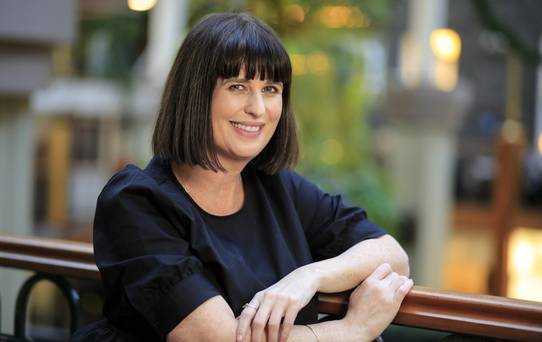 'I chose solo motherhood and I've never been happier'

Known as Clo to most of my friends, I’ve just turned 43 and am a kind, caring, social creature who believes that smiling, a positive attitude and a little bit of charm will get you through most things in life. When it came to having babies, I was never somebody who dreamt of having kids, and counted down the days until it happened. Rather, I always knew I didn’t not want to have kids.

In my early late twenties/early thirties, my priorities were definitely to enjoy myself. I was a late bloomer in terms of self-confidence and it was at this time that I really began to enjoy the person that I was. Working in PR really supported this, as it’s very social and my day job involved working on music festivals; it was quite the dream. In my mid to late-thirties, I really wanted to meet my ‘one’, and I was in a relationship where I started to feel that this might be it, we might have a family. It was at this stage that I started to think about my lifestyle and working life in a different way.

I had been working for myself for five years, running a small PR company which – being in the height of the recession – could be quite precarious, and made the decision to look for something more secure. I moved to the corporate side of the tracks and started working client side at Vodafone Ireland, where security was key, work-life balance was a pleasure and market leading maternity benefits were the icing on the cake.

While my working life flourished, the relationship came to a natural end and I suppose it was during the years that followed where the thoughts of meeting ‘the one’ and starting my own family life were ever present.

While over the next few years I dated, enjoyed life, and started and ended a couple of relationships, I didn’t meet somebody that I wanted to spend my life with. At the same time, my want for a baby and awareness of my age infinitely grew. While I still was open to and hopeful of meeting someone, I started to think about potentially ‘going it alone’ and started to put things into place to support this.

I had been renting and living in gorgeous, big houses which I sublet and houseshared for almost 10 years. I made the decision to live on my own in a space that could accommodate a baby and bought a two-bed house in Dublin 12. It was a stepping stone to my pending suburban life. Happy that I was in a good place, life continued, open to meeting someone, comforted by the fact that if I didn’t, I was set up to do it myself.

Then, 18 months ago, I was having a delightful time on a beach in Croatia when I received a routine call from my doctor on recent blood tests. All were fine with a slight pause on my phosphorus levels that were low, followed by a comment that this didn’t matter as I wasn’t trying to have a baby. I corrected her, saying that while I wasn’t trying right now, I was planning to in the next 12 to 18 months, either with somebody or on my own.

Thankfully the doctor’s manner was lovely because it cushioned her very straight-up initial response, which was that if I wanted to have a baby, I would really want to set that in motion now. She explained (rightly so) that even if I began the process then and there, the likelihood was that it would take a minimum of a year to happen, if not more. If I was to hold off as intended, my chances of success would be depleted and I would be 45 by the time I had my baby if it did happen, and to think about how that would impact my life.

It was a very sober conversation accompanied by a lot of tears on my part, but I made the decision that day looking out at the beautiful ocean to just go for it. It was a very bitter-sweet, scary moment. Yes, I was joyous and relieved that I was finally just going to go for it, but sad that you’re accepting that you’re not going to fall in love and make a baby with that person – for me, that was definitely a grieving process that I had to go through.

Over the next four months, I underwent tests at my local doctor and in St James’s Hospital, and these tests were sent to a specialist. At this stage, I was told I was in pretty good shape for baby making, which actually shocked me because of my age, and was referred for one more internal X-ray before being directed to a fertility clinic.

It was December by the time my first appointment at the fertility clinic actually took place, and I was chomping at the bit to get started, but still a little bit terrified.

The main things that played on my mind were: would I manage on my own? Wouldn’t I be terribly lonely and isolated and in turn resent my decision? Could I cope financially? I appreciate these are standard fears for many women regardless of single or married status, but the fear was real nonetheless.

This first appointment was without a doubt the lowest part of the whole process. I was told the harsh realities around the chances of success for somebody of my age, eggs, hormones levels was 2pc for IUI (intrauterine insemination), up to 5pc for follically assisted IUI and only 7pc for IVF (in vitro fertilisation). I cried more in that consultation office and the weeks over Christmas than I could remember for a long time. The self-loathing was the worst, berating myself for leaving it so long, or not meeting somebody.

The feeling of pure and utter despair. I wallowed over Christmas, but I also started to formulate a plan. I took myself off to a bootcamp in the UK for a week over the new year period and spent the week working out and getting physically and mentally strong.

There were also a few tears shed for very different reasons during that week, as I achieved a number of personal goals, proving to myself that I was strong and I was capable of a lot more than I gave myself credit for.

I came home buoyed and full of confidence with a plan of action. I returned to clinic and told them I would like to proceed with two rounds of follically assisted IUI and, if that didn’t work, I intended to go abroad for double donor IVF (when both donor egg and donor sperm are used to create an embryo) because the chances of that working were greatly increased compared to regular IVF, and it was a similar price.

I was comfortable with this approach as I was giving myself a year to throw everything at this, and thought it was the most sensible approach to spending the funds available and time. I would give IUI a couple of chances using my own eggs, and if that didn’t work, I would go straight to the option with the highest percentage chance of working. So that was it.

In March, I ordered my donor sperm selected from Cryo International Sperm bank in Denmark and began my treatment in April. This involved taking one injection for seven days to grow the follicle, adding a second injection to the mix for the following seven days to prevent ovulation, and a final trigger injection to start the ovulation process 36 hours before the insemination.

You are monitored with internal scans over this time to see how the follicles are growing and to make sure they are not overstimulated. The clinic is looking for one to maximum two follicles of the right size before proceeding. I started this process twice without completing the treatment; the first time it was cancelled because I confused my injections and took the wrong one at the wrong time and had to abandon it for that month; the second time because my follicles collapsed just days before the planned insemination for no known reason.

This was the second hardest time in the process, with also a lot of tears. It was almost a year since I had made the decision in Croatia to start everything and to stop literally hours before the procedure was just gut-wrenching. It was at this stage that I decided to take a break from it all.

I was going to a friend’s wedding in the following weeks and wanted to really enjoy it, and then went to a couple of festivals and had a ball. It was a long road and I was now more aware that I had no idea how long it would actually be, and I wanted to have recent joyous memories to get me through what might be some hard a challenging months ahead.

It was two days after the festival Love Sensation that I started my third round of treatment, this time to completion. And against all the odds, it worked first time.

I waited a full 16 days to do the test, starting to believe it might have worked after day 12 when I compared the little cramps that I was experiencing to that description of feeling on an embryo catching to the side uterus, which would be normal on this day should it have been successful. I woke up at 2.30am, went to the bathroom and made myself go back to sleep. I woke up again at 4.30am, did the test, cried tears of joy at the word pregnant, and set a picture of it to my nearest and dearest, waiting for everybody to wake up!

The word I would use to describe this moment and every moment since then (amidst the usual fears of the first weeks of pregnancy) is content.

And this is the happiest and luckiest that I have ever felt.

My family, friends and colleagues (also great friends) have just been phenomenal throughout this whole experience. I firmly believe that alongside the beauty of science and medicine, holistic healing, acupuncture and positive visulisation all played their part in making this happen. Positivity, support and love emanated from everybody around me and I believe played its part in making my dream of a baby a reality. 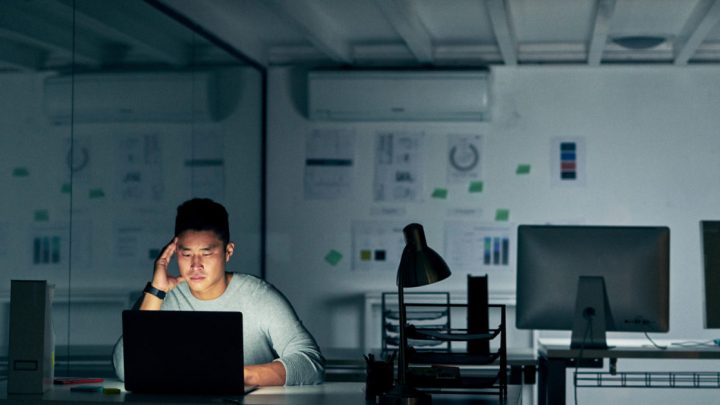