Home » Family Health » Emma Roberts on Turning 30 and Pregnancy amid COVID: 'I Thought I’d Be Married with Kids at 24' 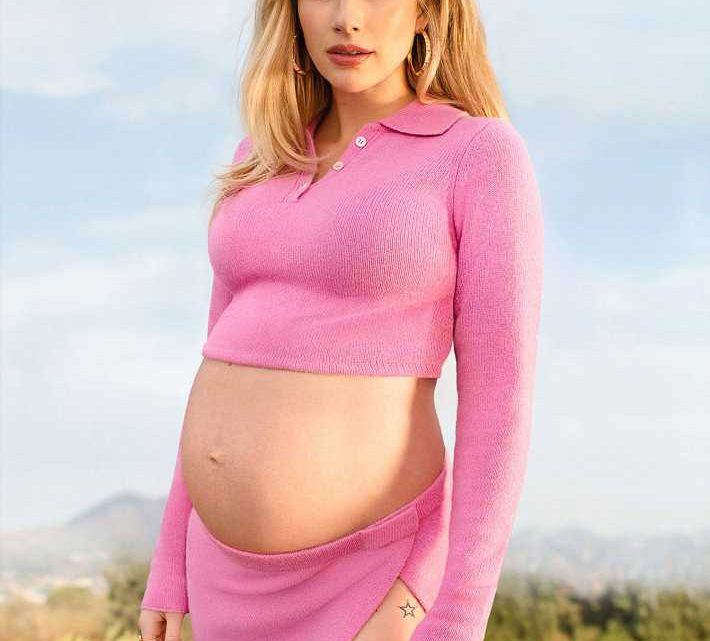 Emma Roberts on Turning 30 and Pregnancy amid COVID: 'I Thought I’d Be Married with Kids at 24' Emma Roberts is candidly opening up about how her life's plan didn't go exactly as she initially imagined it would.

Speaking to Cosmopolitan for the magazine's December issue, the 29-year-old actress shared details about turning 30 in February and how she originally wanted to be married and have children by 24.

But for Roberts, her field of work as an actress, with its long hours and various travel requirements, made it hard for her to settle down and start a family. Now, the American Horror Story star is expecting her first child — a boy — with boyfriend Garrett Hedlund.

"It sounds cheesy, but the moment that I stopped thinking about it, we got pregnant," she revealed. Roberts' pregnancy journey wasn't an easy one for the actress either, as she was plagued with issues surrounding her ability to get pregnant after she learned she had undiagnosed endometriosis a few years back.

Detailing to Cosmopolitan that she unknowingly had the disorder since she was a teenager, Roberts said a doctor told her that it was affecting her fertility. "I was told, 'You should probably freeze your eggs or look into other options,'" she said.

Roberts eventually did freeze her eggs, which she described as "a difficult process," but felt that her fertility struggles were her own fault.

"When I found out about my fertility, I was kind of stunned," she said. "It felt so permanent, and oddly, I felt like I had done something wrong."

But Roberts said that speaking with other women opened her up to "a new world of conversation about endometriosis, infertility, miscarriages, fear of having kids."

"I was so grateful to find out I was not alone in this," she shared. "I hadn’t done anything 'wrong' after all." Still, the Scream Queens actress knew that "things can go wrong when you’re pregnant," and decided to initially keep her pregnancy private before later announcing it to the world.

"So I kept it to myself, my family, and my partner, not wanting to make grand plans if it wasn’t going to work out," she said. "This pregnancy made me realize that the only plan you can have is that there is no plan."

Elsewhere during her chat with Cosmopolitan, Roberts also discussed the obstacle of carrying a child during a tumultuous year — a challenge that she and expecting mothers everywhere have faced in 2020.

Detailing how she has coped amid a horrific wildfire season in California, the 2020 presidential election and the COVID-19 pandemic, Roberts said, "Long story short: I am hungry and tired."

"Food and sleep do not abide by the normal laws when you’re pregnant," she continued. "But I’m healthy, which is the thing I’m most grateful for."

"To see my body change inside and out so drastically has been a wild experience. Surprising and beautiful," Roberts added. "Then again, some days I feel like I’m being hijacked by something."