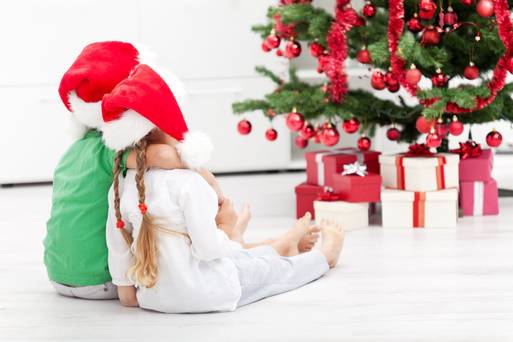 Christmas Day is next week. That used to be a good thing. In fact, it used to be a great thing. We’d wake up super early (there’s me, my older brother and my little sister) ‘cos we’d want to see what Santa brought. The presents would always be on the sofa. My friend says she leaves hers under the tree, but ours are always on the sofa. I guess there isn’t much space under our tree, what with the other presents that are usually there.

I used to love the way it’d get slowly bright and Mam would be making breakfast. She always did French toast, with bacon, every Christmas morning. And lashings of maple syrup. And Dad would be stuck into making whatever Lego thing with my older brother. He always asked for Lego. He’s 14 now, so he’s too cool for Lego. I don’t know what he asked for this year. But the best thing about Christmas morning was that Mam and Dad would never fight.

But that was the past. Now Mam and Dad are split up. Christmas Day is never so good anymore. It’s been really tense for the last few weeks. Dad wants us to come over to him in the afternoon, but Mam keeps telling him that it’s her turn to have us with her for dinner and that we can go and visit him on Stephen’s Day. But that won’t be the same.

And my brother is angry with Dad anyway (he says it’s Dad fault that our family is broken up) and he says he’s not even going to Dad’s house one way or the other! That’s just going to cause a huge row. He didn’t go to Dad’s last weekend either and Dad spent the whole time asking my sister and me why he won’t come. It was really awkward. Dad kept saying to us “Ye’re great girls. Only for you I’d be all alone.”

That was hard too. Because he’s right. If we didn’t go to him then he’d be all alone and I’d be very sad to think about that. I don’t want to think about him being all alone. I said that to Mam and she said that wasn’t the point. It’s about what’s fair apparently. Fair to who though? Fair to her? Fair to us? It’s not fair to Dad if we can’t see him on Christmas Day.

So you can see why I’m not really looking forward to it anymore. Whatever happens, it’ll be stressful. If we go to Dad then Mam will be in a mood. She tries not to say it, but I think she doesn’t like us spending too much time with him. If we stay with Mam, then Dad will be sad. My brother doesn’t even care about that. “It serves him right,” he said the other day when I tried to talk to him about it. I thought that was mean. He just says I’m a baby and I’ll understand it when I’m older. I’m not a baby. I’m 11. But he is right that I don’t really understand it. They did used to fight, but it was never that bad.

Most of the time I don’t have to notice that our family is split up, but at Christmas it’s just like it’s in your face, d’you know? You can’t avoid the fact that Mam and Dad don’t get on and that we’re not really a family anymore. Mam gives out when I say that. She says we’ll always be a family, just one that has two homes. But I don’t think it’s really the same. It’s not like we’re all eating French toast, sticky and yummy and laughing together. We do laugh, but at different times and in different houses, which is sad. Who’d have thought laughing could be sad.

* As imagined by David Coleman

NHS in Fortnite and Facebook? It would put mental healthcare where it’s needed