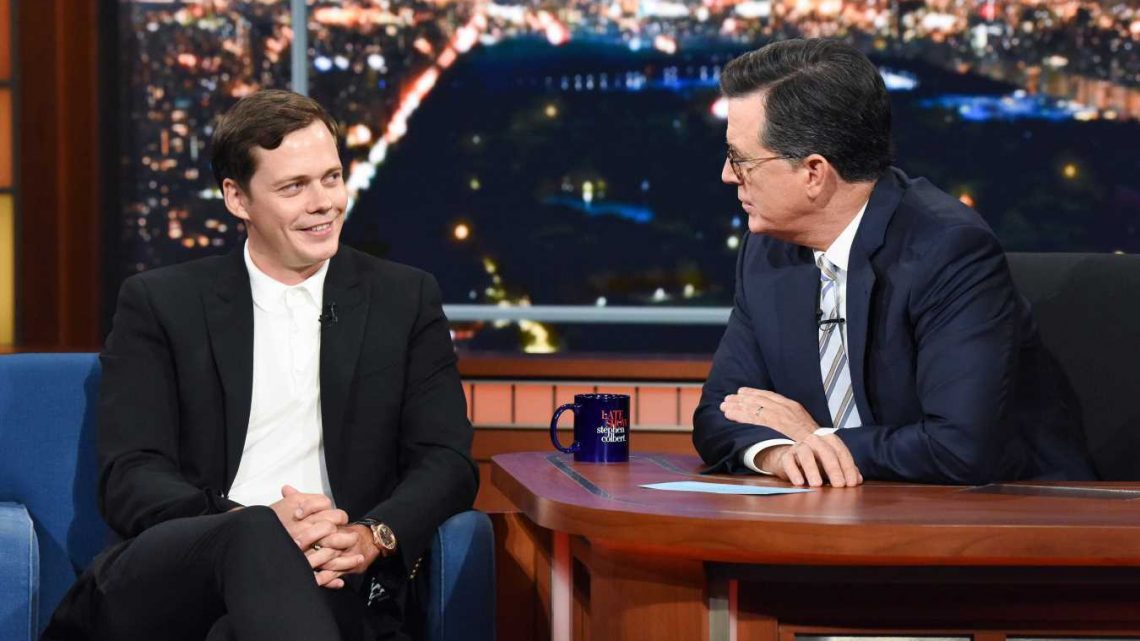 Bill Skarsgard Confirms He Has a Daughter, 11 Months – and Says She Owns 'Pennywise Teddy Bears'

To his baby daughter, Bill Skarsgård is just Dad — but one of his more nightmare-inducing characters has still found his way into her life, in potentially the cutest way possible.

The It Chapter Two star, 29, made a Monday appearance on Stephen Colbert‘s late-night talk show, where he confirmed he welcomed a little girl 11 months ago.

“Never let her see this movie,” Colbert, 55, teased his guest. “Does that worry you at all that someday she might see this [film]?”

“Well, I’ve gotten a bunch of fun merch throughout the years, so her little baby room is just filled with all these Pennywise teddy bears,” said Skarsgård, laughing.

“Well, that’s nice. You’re softening her up,” the host replied.

“F— yeah,” Skarsgard previously revealed to PEOPLE of what he told his agent when first asked if he’d like to read for Pennywise, the demonic clown who feeds on children in the fictional New England town of Derry, Maine.

One of acclaimed actor Stellan Skårsgard‘s seven kids, the actor inherited the role in 2017’s It and its recently released sequel that, as he told PEOPLE, “turned clowning from something jolly to something menacing” for a generation of kids and adults.

“I was really excited to do a full character transformation into something that’s so far away from who I am in every way,” explained Skårsgard. “So I took a lot of time and worked on how Pennywise would sound and move and all that. Things changed along the way, but it was convincing enough that I got the job.”

Between Skårsgard’s own imagination and director Andy Muschietti‘s vision for the character, a modern version of Pennywise — far darker and more modern than Tim Curry‘s, from the 1990 miniseries — was born: “You need to access parts of yourself where you’re thinking, ‘What’s the most disturbing or horrifying thing that could happen right now?’ And then you have to commit to that.”

Swedish outlet Aftonbladet was the first to report the news of his daughter’s birth, revealing that Skarsgård and Alida Morberg, a 34-year-old Swedish actress, welcomed a baby girl on Oct. 1.

Very little is known about Skårsgard and Morberg’s relationship, as the actor is notoriously private when it comes to his personal life. The duo have been linked romantically since at least spring 2016, when they were photographed together at the premiere for The Divergent Series: Allegiant.

It Chapter Two is now playing.