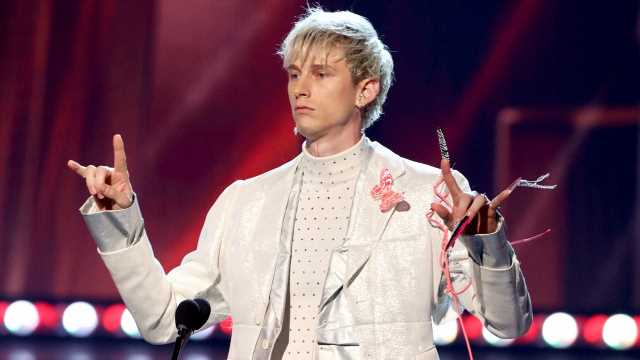 Machine Gun Kelly knows a thing or two about popping nail art. The musician tends to have fun with his manicures, whether he goes for chalk white with graphic designs or metallic pink hues. There's even an Instagram page dedicated to his hands that also documents plenty of these fire manicures. Now, for the 2021 iHeart Radio Music Awards, the rock star took it a step further with a one-handed stiletto manicure.

Kelly arrived on the red carpet dressed in a metallic ensemble with white kicks, dangling silver earrings, and a lengthy, one-handed manicure. The star made sure to show off his stiletto nails — worn only on his left hand — every chance he got. His right hand was left bare with no color polish. 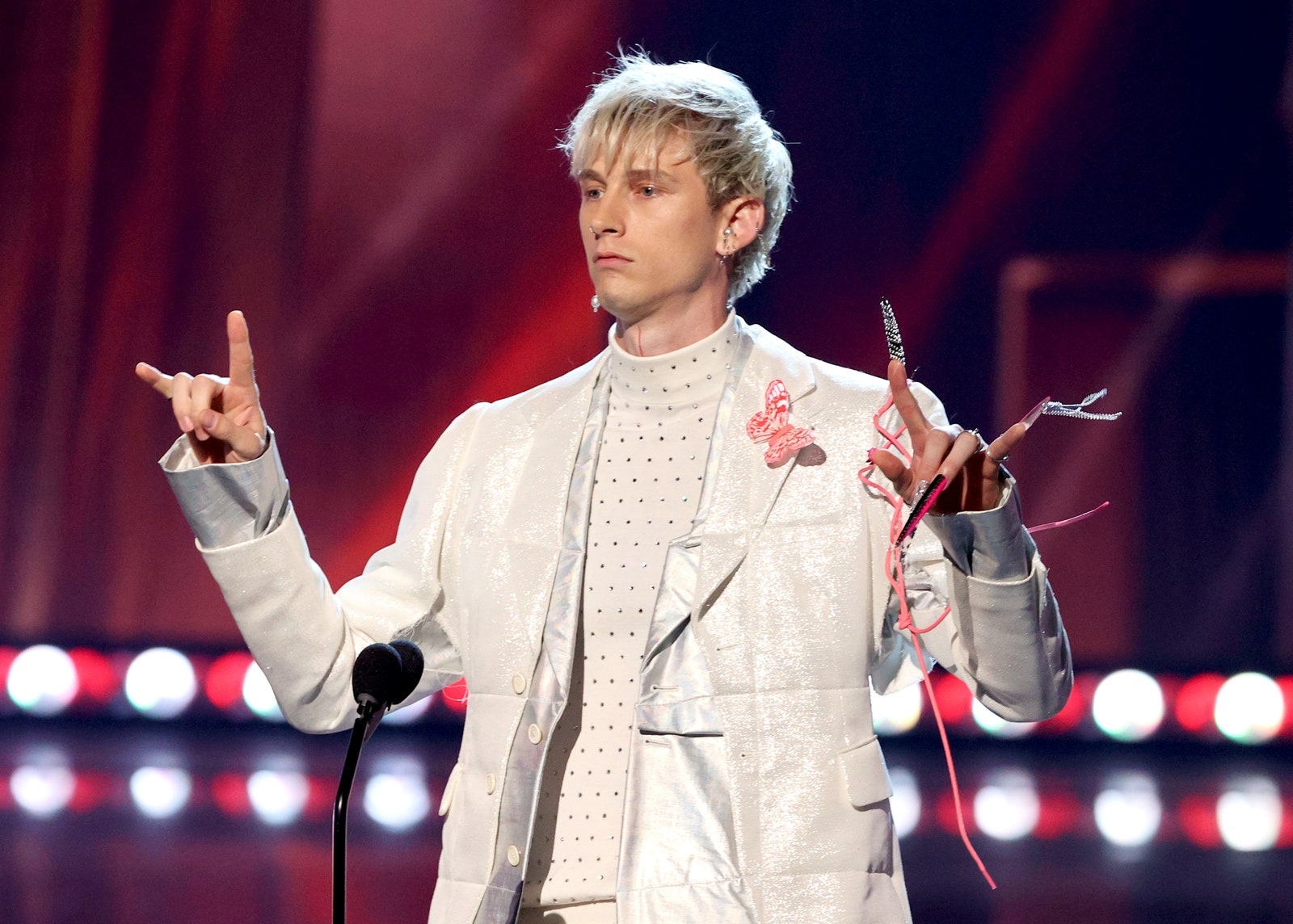 These talons are a set of lengthy press-ons designed by Los Angeles-based manicurist Brittney Boyce (who also sells sets through her brand Nails of LA). Hot pink, black, and silver were the main colors in this rockstar mani, and the pink-and-black pinky nail is a textured snake print look. Boyce added two holes to the nail to add a dangling silver chain. 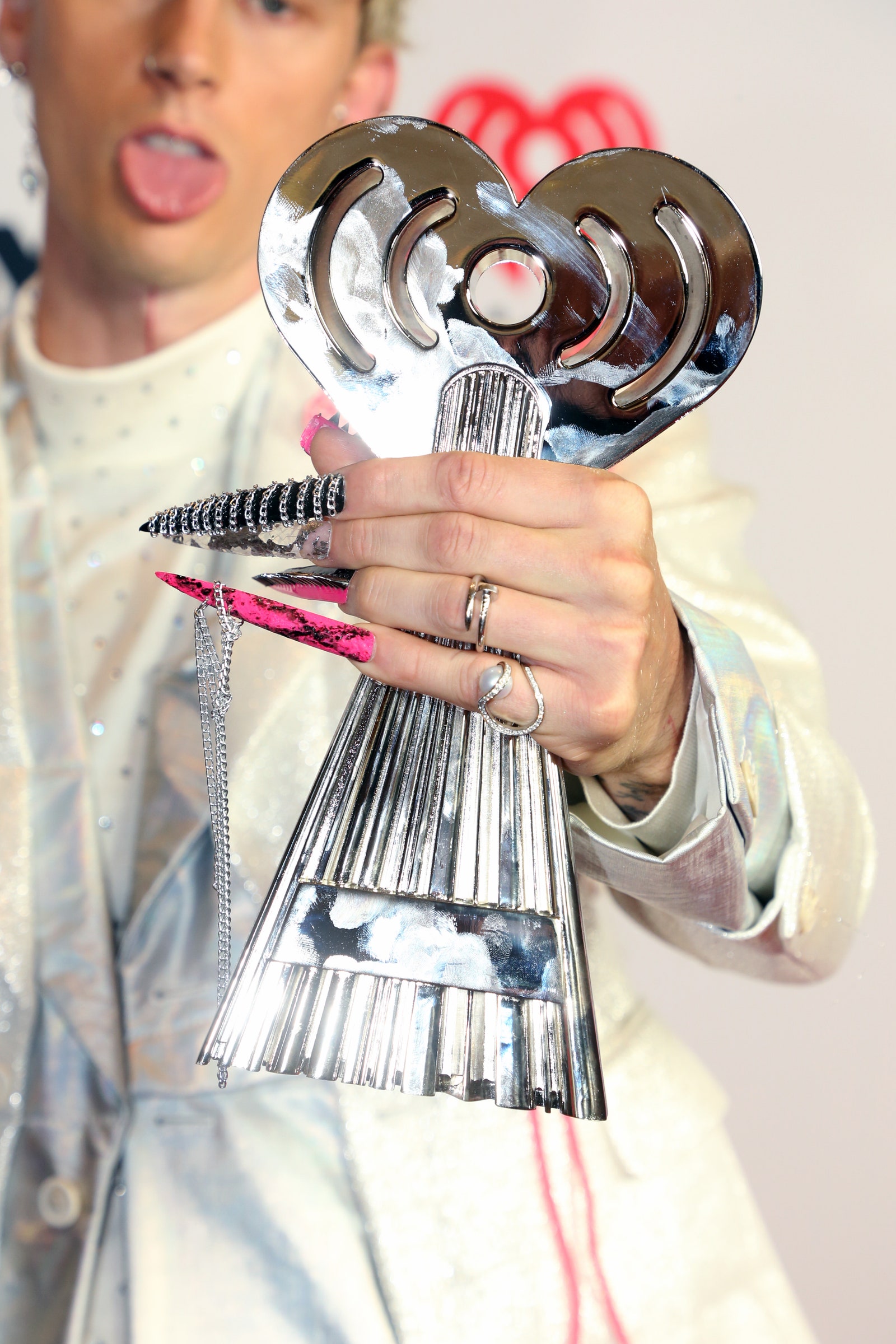 The 3D effects don't stop there. On Kelly's ring finger, which was painted half pink and half black, Boyce added silver spikes straight down the middle. These spikes were also added to his hot pink thumbnail as well, which was snipped to be the only short nail on his hand. The index finger is completely pitch black except for the silver chain wrapped around the nail in a diagonal pattern. Last but not least is his clear middle fingernail, which has a shiny silver foil expertly placed.

This is the second time this week that Kelly has created a moment on the red carpet. For the Billboard Awards a few days prior, he debuted a black-and-white nail set and a pitch-black tongue to match that shocked many, to say the least. He also has a nail polish brand on the way, so we'll surely be seeing even more creative sets, likely utilizing his polishes, in the coming months.