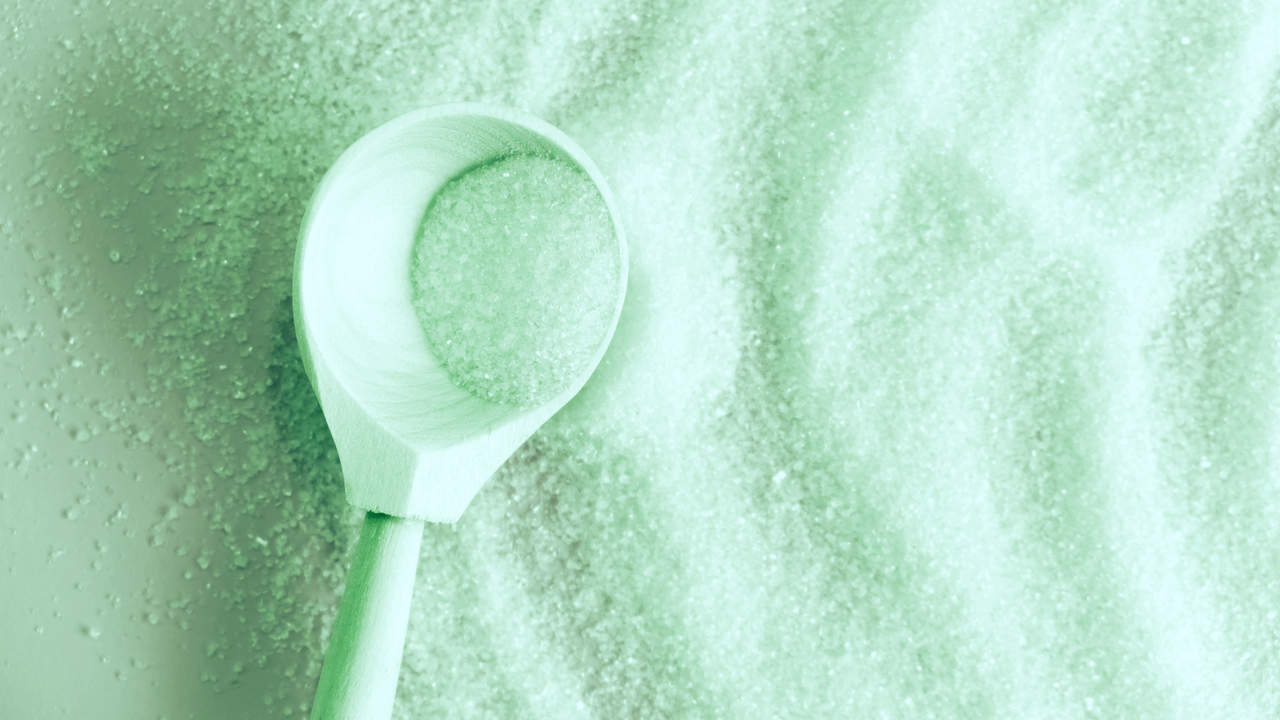 3 Sweeteners You Can Actually Use on the Keto Diet

A keto-friendly sweetener sounds a bit like an oxymoron: Sweeteners are typically sugars, sugars are carbohydrates, and the ketogenic diet is very, very low in carbs . But the fact is, there are sweeteners out there with little to no carbs—and while the list below is short, stevia, monk fruit, and erythritol can all be a part of your ketogenic diet.

It’s a zero-calorie sweetener (with no carbohydrates or sugars) that’s about 50 to 350(!) times sweeter than sugar. You’ll see it on grocery shelves under brand names such as PureVia, Stevia in the Raw, and SweetLeaf, to name a few. Stevia is a popular choice because it’s considered natural, and several food regulatory authorities have deemed it safe. There isn’t enough research yet to determine whether it can help with curbing calories and weight loss, but if you’re doing keto, stevia will help you keep your carbs in check.

Another no-carb, no-sugar, no-calorie sweetener, monk fruit is said to be about 100 to 250 times sweeter than sugar and is sold by brands such as Monk Fruit in the Raw and PureLo. Like stevia, monk fruit can help you cut carbs, but it may not help you slash your total calorie intake. In one smaller study, men who drank a monk fruit- sweetened beverage didn’t eat less over the course of the day, or have much of an improvement in blood sugar spikes, compared to when they drank a sugar-sweetened beverage.

Slightly different from stevia and monk fruit, erythritol is technically a sugar alcohol, which means your body doesn’t fully absorb it. (This is why some sugar alcohols can cause gastrointestinal distress, though erythritol is said to be among the least bothersome of the sugar alcohols.) Erythritol has zero calories, and is about 70 to 80% as sweet as sugar. It does have 4 grams of carbohydrate per teaspoon, but its net carb count is zero, so it doesn’t count towards your daily carb allowance on keto. One common erythritol-based sweetener brand—Swerve—explains that because their product doesn’t raise blood sugar, its carbs are considered “non-impact.”

Recent research suggests that erythritol may be beneficial for people with diabetes: in animal models, the low-cal sweetener helped lower blood glucose spikes after eating a meal.

Just because a beverage or food contains one of these sweeteners doesn’t mean the item is keto-friendly. Stevia, monk fruit, and erythritol are often found in foods and drinks that are labeled “sugar-free” or “low-sugar”; but those foods and drinks may contain other ingredients that contribute to your daily carbohydrate sum. So definitely make it a habit to check the nutrition facts on any packaged item you’re considering.

Finally, it’s worth noting that keto purists caution against permitting any of these sweeteners on the keto diet at all. That’s because quite often these sweeteners pop up in foods and recipes that either taste sweet or are heavy in carbs. Those foods could stoke your appetite for other keto-unfriendly items, and set you up to cave to your cravings. And before you know it, you’ve derailed back to non-keto eating.

But, on the flip side of the coin, sometimes indulging a tiny bit is what keeps you going on a strict dict. If that’s the case for you, go for it.

Personality type could shape attitudes toward body weight of others, researchers say

Health: We should Peel and wash the bananas thoroughly with the hands!
Health News